In Rejection, We Are Loved

Most of the time, people like to hear a sermon and feel refreshed or given an insight or somehow be in a better spiritual place than before the sermon. For Jesus’ first sermon, the good people of Nazareth wanted to kill him. At least they didn’t fall asleep.

We have all felt the sting of rejection. It is impossible to get through life without it. We always don’t get everything we want as was reinforced by Mick Jagger and the Rolling Stones. But Mick Jagger noted that if we try, we might just get what we need.

There was a time when we were at the Utah amusement park named Lagoon. Our son Brian was maybe three or four at the time. Before we left, I thought I would try my luck at Whack-a-Mole. While I was playing, Brian indicated he wanted to play also. When he was told no, I don’t remember a blood curdling cry as bad as what came out of that boy. Of course, the immediate reaction was to let him try, but that would reinforce that crying can get your way. We let him calm down before lifting him up letting him take his whacks.

Brian received two rejections that day, at least two that I remember. The first was being told no to play the game. The second was whacking away and not getting one mole. But the failure of hitting a mole and being given the opportunity to do so was likely the one of the most satisfying part of the day for him. Though I think the rides were more memorable for him.

Rejection can be bitter for us. But it is what we do with the rejection that counts. Evaluation is the key. Was the rejection our fault or the fault of the rejecter or both? If we had a part in not measuring up then we need to decide what we want to do or not want to do to move on.

Applying for a job involves dealing with a lot of rejection. We may need to work on interviewing skills, or do better matching our skills and experience with the particular job, or try to figure out how we stack up to the competition. Some people might even decide to settle for a job that is not what they want but it is a job anyway.

Several candidates for the presidency have said that they know that God called them to be President of the United States. It’s unlikely that God called all of them. And the ones that feel the most strongly about this were near the bottom of the polls. At that same time, I cannot say that God did not legitimately call someone to be President. If the call is legitimate, then we will know it either in this lifetime or in history.

One of the reasons we gather as a community is that we believe that Jesus was born the Son of God. This is beyond call. God became incarnate. Not everyone bought into that idea. Jesus faced rejection.

Certainly, Jesus’ arrest and execution is a violent rejection: a rejection by the religious authorities and a rejection by the Romans of Jesus’ divinity and kingship. But very early in Jesus’ ministry, Jesus is rejected by the people he knew all his life. They heard about all the things Jesus had done. But when Jesus reads from Isaiah and claims to be the messiah, it was too much for them. After all, Jesus is the son of Joseph. Jesus can’t be a very big deal.

When Jesus recounts how others called by God were rejected, the good people of Nazareth get angry, so angry that they move to commit homicide. Ironically, they are so angry they are ready to violently reject one of the Ten Commandments. Jesus escaped death just as his ministry was beginning. As far as we know, Jesus never again returned to his hometown of Nazareth.

Jeremiah 1 recounts God’s call to make Jeremiah a prophet. Though God calls Jeremiah to go and speak God’s word to the nations, Jeremiah is pretty much restricted to the kingdom of Judah. Jeremiah has a lot to say to the kings of Judah and the kings don’t like it. That’s the thing about God’s word. Powerful people don’t like it. How can a powerful person feel all puffed up if there is someone far greater, whose agenda is not the same?

With God behind Jeremiah, Jeremiah is rejected by the officials and people of Jerusalem. Jeremiah is ordered to be executed. He was thrown into a dry well to starve to death. A friendly court official arranges Jeremiah’s release. We aren’t sure what happens to Jeremiah after Jerusalem falls, but it is said that he is bound and taken into Egypt where he likely died.

Being called by God is not some paradise on earth. Following God does not produce another Eden, though that is the goal. Following Jesus involves working toward a re-establishment of Eden on earth.

The slings and arrows that are a consequence of being called by God are put into context by the psalmist and by St. Paul. Psalm 71 praises God’s saving power. In God, we have nothing to fear. We may be rejected in life, but God is always with us. Our hope and trust are in God. 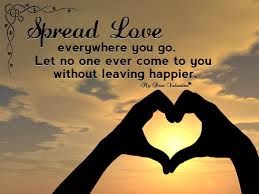 Then we have Paul’s’ love letter in 1 Corinthians 13. This chapter is very popular at weddings. We all have gifts to further God’s kingdom and to one day help bring about the return to Eden. But whatever gifts God gives us, they mean nothing if we do them without love.

Everything in this world is transitory. We don’t get to take anything with us after our demise. Our wealth, our possessions mean nothing in the long run. But there is one thing that lasts beyond us, beyond our lives – love. “Love never ends.” (1 Corinthians 13:8a)

The people of Nazareth either came around to believing Jesus or not. Jeremiah’s words have lasted the test of time, but the context changed. The Psalms give us comfort in times of need and rejection. What moves us forward is the timelessness of love.

“For now we see in a mirror, dimly, but then we will see face to face. Now I know only in part; then I will know fully, even as I have been fully known.” (1 Corinthians 13:12) I believe that it is through love that we can get a glimpse of God. But it is an imperfect glimpse. It is like seeing in a fun house mirror. It is in the next life that we will see perfectly. It is in the next life that rejection becomes a forgotten concept.

Jeremiah never faltered in his prophecies after he was released from the well. Jesus shared the Word hoping everyone would accept it, but knowing that not everyone would. That did not deter him. Jesus’ execution did not stop his followers from spreading the Word. Love cannot be stopped no matter how many times love is rejected.