The Prince of Peace Is Coming

The reaction of French President François Holland after the Paris attacks was to bomb Daesh, what some call ISIS. That got a lot of press. Reports wanted to know what President Obama was going to do. Of course, we were already bombing Daesh.

What got little attention from the press was another reaction to the Paris attacks. I think most of us have seen the images. They were incidental in the press but more wide spread on social media. What I am referring to were the messages and symbols of peace. 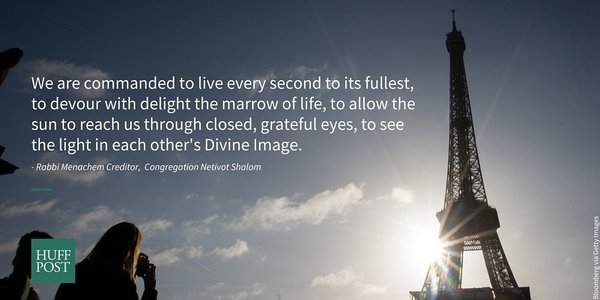 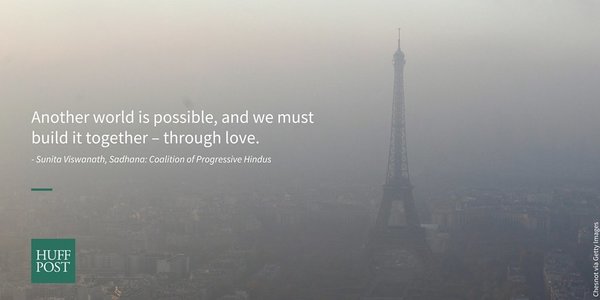 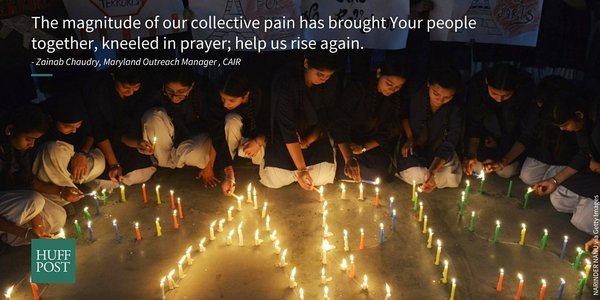 And a Christian prayer: 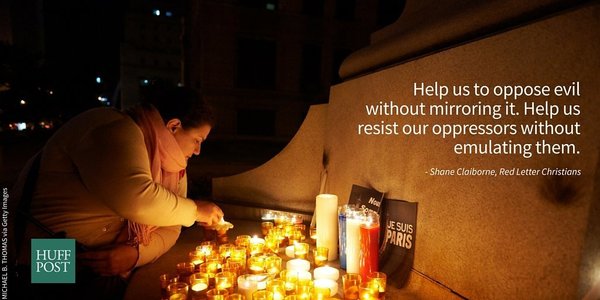 But the symbol that caught the imagination of many people was by illustrator Jean Jullien. I think we all know the peace symbol made popular in the sixties. He drew the peace symbol with a twist. He put the Eiffel Tower, the symbol of Paris, in the middle of the symbol. It has come to be known as the “Peace of Paris.” 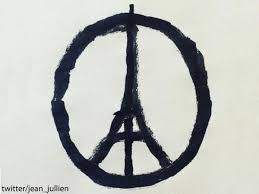 Jullien tweeted the symbol as a reaction that night of the attacks. “His original tweet has since been retweeted more than 49,000 times, and it has appeared on signs, memorials and even T-shirts in countries around the world — from Berlin to New Zealand. And, frankly, he says it has made him a little bit uncomfortable.

He said, “’You know, it’s putting me in a spotlight that I don’t necessarily want to be [in], because I don’t want to benefit from this exposure, in the sense that it’s a tragedy first and foremost.’

“Still, despite his discomfort, Jullien says his work achieved what he’d hoped. (Jullien continues,) ‘The idea was just for people to have a tool to communicate, and to respond and to share solidarity and peace. It seems that’s what most people got out of it. So in that sense, if it was useful for people to share and communicate their loss and need for peace, then that’s what it was meant to be.’” (NPR)

Then Wednesday December 2, 2015 happened. What happened in Paris came to San Bernardino. Many Americans reacted with bitterness and worse to Moslems who live in this country. And probably many of those haters profess Christianity. Again, they reacted not acted. They ignore Jesus’ teachings.

Peace is our hope. Peace is the action of love. Zechariah’s poem of hope, The Benedictus, is a guidepost for us. (Luke 1:68-79)

Every one of the gospel writers focuses on one person to introduce the Jesus story, John the Baptist. Luke is no exception. John the Baptist is the herald, the one to come before Jesus, the one to announce Jesus to the world. Granted, it’s a very small world who hears the announcement, but it is an announcement for anyone who has ears to hear.

Only Luke mentions John the Baptist’s parents. Many scholars doubt the lineage. In any case, Luke found the story somewhere. I doubt that he made it up. Like many Biblical hero stories, John’s mother Elizabeth, was barren and became miraculously pregnant. John’s father, Zechariah, is a priest. While he was in the temple, Zechariah was visited by the angel Gabriel. Gabriel told Zechariah that he would have a son. Zechariah questioned this news because he and Elizabeth were too old to have children. Because of the doubt, Gabriel made Zechariah mute.

After John the Baptist’s birth, Zechariah speaks his first words since becoming mute. He confirms the name of his child is John, a name uncommon in his family. Zechariah continues to speak his prophecy now known as The Benedictus.

“Blessed be the Lord God of Israel.” I once had someone ask me why we could ever bless God. He thought that we are just not worthy of blessing the one who blesses us. That may be true. However imperfect we may be, can we not bless the one who blesses us? Should we not honor the one who honors us? Blessing God is a form of hospitality. God knows we are not perfect. But I believe that God receives joy knowing that we that we love God enough to offer a blessing.

Zechariah also offers a further explanation. We can bless God because God has looked favorably on us and has redeemed us. Certainly, as Christians, we believe that it was Jesus who redeemed us on the cross and in the incarnation.

Zechariah confirms this by referring to the mighty savior born of the house of David. This mighty savior is the one that the Jews of Zechariah’s time are expecting, the messiah. The biblical prophets predicted the coming of the messiah.

God acts through people. They were expecting the messiah, a human being, to be God’s agent to release them from the yoke of Roman oppression. God will save people. But God will save people through a person. What few recognized is that God did show up in person. That person was Jesus, who took human form.

Zechariah then dips in to salvation history. For all the screw ups in history, God has shown mercy. God remembered the covenant made with Abraham and his descendants, even though Abraham’s descendants broke the covenant many times. Abraham was the example of the righteous person. Abraham set an example for all of God’s followers to live by.

God remembered Abraham and God remembered Abraham’s children and the covenant God made. We are to serve God “without fear, in holiness and righteousness.” (Luke 1:74b) There are several instances in the gospels where Jesus teaches his disciples to be without fear, even if they had to take up their crosses to follow Jesus. To follow Jesus is to even be without fear of death. I had one faithful patient tell me that she did not fear death, just the process of dying.

Zechariah acknowledges his son will be a prophet, like the prophets of old. John will prepare the way of the Lord. John will show the people that the path to salvation is the forgiveness of sins.

What Zechariah says next is unclear if he is talking about John the Baptist or Jesus. Perhaps he was talking about both. To live under Roman military occupation was to be in darkness. Roman justice made sense to the Romans but made little sense to everyone else. And Roman justice was swift and final. It was a lot easier to execute someone than bother with a trial, unless it is a show trial. Only Roman citizens were afforded trials.

It may be just a coincidence that Luke has Zechariah talk about issues and beliefs that were rejected by the followers of John the Baptist. The Mandeans reject Abraham, Moses, and Jesus as false prophets. The only true prophet, for them, is John the Baptist.

Salvation begins in baptism but does not end there. There is much to do beyond the message of John the Baptist. We are united with God through Jesus. God becomes like us in the incarnation that we will celebrate in a few weeks. All of this was setup by the birth and ministry of John the Baptist.

In this early part of Luke’s gospel, the stage is set for the proclamation of the gospel. We are to serve God without fear, in holiness and righteousness. God is not going to wave a magic wand and suddenly peace will break out. What God did do was send a son – a son who taught the way of peace. First, we need to conquer fear. As FDR said, “All we have to fear is fear itself.”

In this time of Advent, we wait for the herald of peace, once again. We wait to celebrate the birth of the Prince of Peace. We wait in anticipation to be inspired in our efforts to change a world of violence into one of peace.

For “the dawn from on high (broke) upon us, (giving) light to those who sit in darkness and in the shadow of death, to guide our feet into the way of peace.” (Luke 1:78b-79)