Watch out! Jesus is coming.

In Frankfort, Kentucky, it is said that the city was enthralled in a big debate many years ago about placing a water fountain in a public square. The argument became heated in the legislature and at the governor’s mansion. Finally, a decision was made to ask three contractors to bid on the project.

The last contractor was an established contractor from Frankfort who usually got all of the bids for the capital. When asked to give his bid, he replied, “$9,000.” Then they asked him to break it down. He closed the doors, looked around cautiously, and then said, “$3,000 for you, $3,000 for me, and we give the bid to the guy from Western Kentucky!”

There are different ways to deal with the construction of a water fountain and I hope Frankfort has cleaned itself up. In Placerville, CA, it was approved to change a 3-way stop on Main St. to a round-about. Now something as innocuous as a round-about created an uproar. In the last election, the good people of Placerville passed an initiative that requires that all public works projects must be approved by referendum. Now that is really silly and a huge waste of taxpayer money.

Maybe we should pay some attention to Christ’s return and what we have done to help the world. Maybe we should applaud those returning from east Africa after helping the Ebola victims instead of forcing them to live in a tent.

Advent is time of preparation for Christ’s coming. Part of that preparation would be how we have fulfilled Jesus’ commandments of loving God and loving our neighbor.

So what did Jesus say about his coming and is Jesus asking us, “What have you done for me lately?”

Chapter 13 of Mark’s gospel is also called the Apocalypse of Mark. Jesus’ diatribe of doom and gloom began with the disciples admiring the temple and Jesus declaring that the temple would be torn down. At this point in the gospel, Jesus is days away from his arrest and trial. Some debate whether or not Jesus foreknew his fate. If Jesus did know, he was probably in a dark mood.

Of course the temple was torn down just as Jesus said it would be. The Romans did this in the year 70. This was a spiritual and religious shock to Jews and Christians. God no longer had a home on earth. The relationship we have with God would change forever.

An archaeological note: in the ancient world and often even today, people recycled. Even though the temple was destroyed, there was a lot of useful material left behind. The smaller pieces that were easier to transport would be reused in other buildings. In the Church of the Holy Sepulcher in Jerusalem there are two large columns next to each other that do not match. It is believed that at least one of those columns came from the temple.

Jesus continued to outline a litany of catastrophe and woe. Jesus also said that there would be false prophets and some who will claim to be the messiah. Jesus said, “Don’t listen to them.”

We have seen a lot of false prophets in the last decades. There was the Hale-Bopp comet guy, Marshall Applewhite. There were also Harold Camping of Oakland, Elizabeth Clare Prophet, Edgar Cayce, and Hal Lindsey. There are still some in Texas and other places. The Jehovah’s Witnesses were founded on the end of the world. After seven misses, they have retired from apocalyptic predictions. There are a sizable number of people who are very anxious, in more ways than one, for the world to end.

According to Jesus, they aren’t even close! The sun and the moon will go dark and the stars will fall from the sky. These signs are similar to signs given by the prophets Isaiah, Ezekiel, Joel, and Amos. We know that the stars are a really long ways away. But ancient people didn’t know that. They just thought that they were small lights just above the earth.

In any case, when those things happen, the Son of Man will come in power and glory. Who is this Son of Man? Literally it means a son of humanity, which would be any male. Obviously, this is not an ordinary person. If we recall our Old Testament readings, we would find the term “Son of Man” used there.

In fact, Jesus is quoting directly from Daniel 7:13. So what did Daniel mean when he said the Son of Man would come? Most of Daniel is apocalyptic literature. It was written to give hope to the Jews under Greek rule. As is true of much apocalyptic literature, the setting is in the past even though it is really referring to the present. In Daniel, the Son of Man is someone who will set the world straight under the direct command of God. 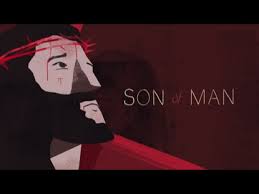 Presumably when Jesus refers to “he” being near and at the gates, Jesus is referring to the Son of Man. The gates likely mean the gates of Jerusalem. Then Jesus says that all this will take place before that generation passes away. “Heaven and earth will pass away, but my words will not pass away.”

Then Jesus warns his disciples to keep awake, because only God knows when these things will happen.

Did Jesus lie when he said that the end will come in the same generation as the disciples? After all they all eventually died, but at different times and years. Did the Son of Man come in clouds and glory before they died?

If we cheat and look near the ending of Mark’s gospel, we discover that as Jesus hung from the cross, at noon, everything became dark. No sun. No moon. Even the stars fell from the sky. When Jesus died, the earth shook, tearing the curtain of the temple in two. The Son of Man came down from the heavens (or at least as high a cross) to do what God would have him do, save the world. All of this happened near the gates of Jerusalem. Even though Jesus warned them to keep awake, they slept before Jesus was arrested.

The study of the end times is called eschatology. There are many views and theories of eschatology. One of those views is that the end came when Jesus died. The post-resurrection world that we live in now is the new life that Jesus promised. That can be justified from Mark’s gospel and chapter 13. But it is quite insufficient to describe the world today.

Sure things can be rotten. Sure things can be better. But is the end really that close as some would have us believe? I don’t think so. I heard Harvard psychologist, Steven Pinker, on the radio put today’s woes into context. Compared to past centuries, life today is pretty good. We live in the most peaceful time of human existence. He gave specific examples of how earlier times were much more violent.

Despairing of the wrongs in today’s world is not bad if it is turned into a positive instead of a “throw our hands in the air and give up” attitude. The world is getting better. Jesus’ charge to us is to continue to make it better. That is why the church exists. The church gives us the organizational structure to work together to bring peace and harmony to the world. That’s our job. As St. Paul told the church in Corinth, “You are not lacking in any spiritual gift as you wait for the revealing of our Lord Jesus Christ.” (1 Corinthians 1:7)

Though I don’t think the end is imminent, our work here is not yet done. On the other hand, I could be wrong. In either case, we are to be alert. In this season of Advent, we wait. We watch the signs. We are attentive, because something marvelous is coming.