The Jon and Kate Train Wreck 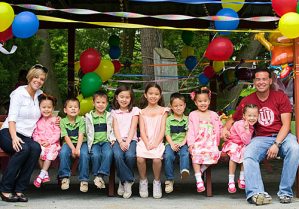 Before all the intense media coverage of the Jon and Kate marriage rumors, I never heard of Jon and Kate. Then I heard a lot more than I ever wanted. I mean, why do the media get so transfixed with faux celebrities? I heard about rumors of affairs by both of them. I heard that they have eight children, including sextuplets, which may be the advent of the fascination with them. I also suspect that Jon and Kate are exploiting their children for financial gain. No wonder they can’t stand each other. They are probably not exemplary human beings to begin with. Now Kate has filed for divorce.

Through all the press coverage, I never heard of any attempts Jon and Kate made to piece their marriage back together. I don’t know if they sought counseling or ever attended a marriage education class. It seems it got to the point that they couldn’t even talk to each other.

Marriages have survived infidelity, but it isn’t easy. There are great resources to help. Marriage/Relationship Education classes are research proven to be the most effective way to help couples. Resources can be found at: www.edhealthymarriages.org and www.smartmarriages.com. Since Kate and Jon are so wrapped up in themselves, they have probably given little thought to the consequences of their actions on their children. After all, they are commodities to them. I hope the company that puts them on the air pulls the plug on this train wreck. Maybe then, some adults can take over their family.

This entry was posted in Marriage. Bookmark the permalink.

1 Response to The Jon and Kate Train Wreck